PROTONICA from Berlin have been shaping the international Psy-Trance scene for over twodecades. Piet Kaempfer and Ralf Dietze are among the top producers of the progressive genre.They are known for their driving, powerful and melodic Psy-Trance sound that thrills the floors inEurope, America, Australia and Asia. In the studio Ralf and Piet are always looking for innovative production techniques - their new tracks sound full, warm, crystal clear and a bit out of this world.Their handpicked releases are followed by tens of thousands of listeners around the world and have already achieved numerous number one chart positions on Beatport and Psyshop.

PROTONICA's third album "Symmetry" was recently released and features stunning collaborations with some of the world's leading Psy-Trance artists, including Liquid Soul, Ace Ventura and CaptainHook. While working on "Symmetry" they felt the urge to bring back melodic structures and elements of Trance and Goa to Psytrance - the core essentials of their past, and ingredients for the future. Piet and Ralf have worked hard for their careers and have established a strong brand with a distinctive signature sound in recent years.

In 2003, they met for the first time on Ralf's former radio show. At that point in time Ralf was well established in the German Psytrance scene as a DJ, booker, and event decorator for festivals and clubs. He moved to Berlin for a sound designer course and joined forces together with Piet to create the alias PROTONICA in 2004. The electronic roots of Ralf have his origin in the Acid Techno of the first hour. Collecting vinyl was his great passion at the time. Out of enthusiasm and euphoria for this music, he started with vinyl DJing in the mid-90s.

Having had a love for synthesizers, groove boxes and computers ever since he was a teenager,Piet’s dream to make music his career became true. Piet started composing electronic music by the age of just 14. He was listening to Trance music in its earliest forms, and when the epic "TheOnly Process" by Atmos came out in 1999 Piet thought "This is it!". The enthusiasm for this type of music has not changed since the early years - even if the music business often reveals itself to be abig challenge in many ways.

PROTONICA became known to a select audience through their debut album "Search" on APRecords in 2007. With the single releases of "Floating Point", "Northern Storm" and "Refresh" they catapulted themselves out of the ordinary Psytrance cosmos and became instantly one of the headliners of the new era of Progressive Trance. Following these groundbreaking releases, their second album 'Form Follows Function' was released in 2012, which was a great success for themtoo. Appearances at the most famous events in the scene, such as Boom Festival, Ozora, Psy-Fiand Universo Paralello followed. The popularity of their releases continued and could even be increased with singles like "Reactor", "Horizon" and "Levitate" as well as remixes for Astrix, AceVentura and Liquid Soul. With a total of over 10 million plays on YouTube, Spotify and SoundCloud,PROTONICA has a considerable number of listeners.

In addition to their passion for Trance and Psytrance, they also launched a side project called COLLIDR, which stands for Techno and House music. 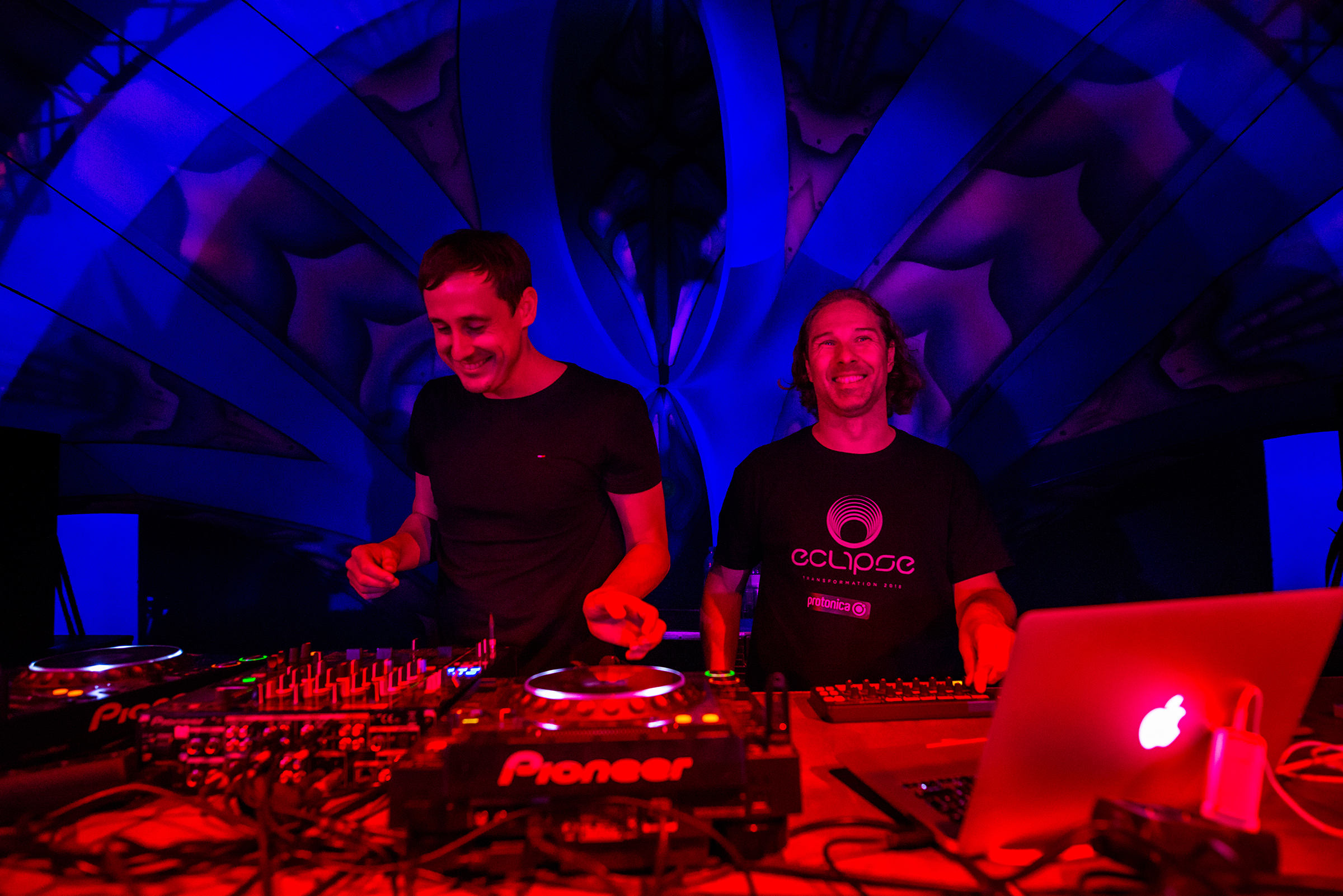 Giuseppe in Hastiere - 01 September to 03 September

Braincell in Hastiere - 01 September to 03 September

Carbon Based Lifeforms in Budapest - 04 March

Silent Sphere in biberist - 06 May

NoFace in London - 31 August to 04 September

Aardvarkk in London - 31 August to 04 September

Braincell in Merzouga - 04 May

Yestermorrow in Merzouga - 04 May

Man With No Name in Porto - 01 September to 03 September

Man With No Name in Gent - 23 September

Carbon Based Lifeforms in Minneapolis - 18 May to 21 May

Giuseppe in Baldellou - 06 September to 10 September

NoFace in Baldellou - 06 September to 10 September

NoFace in Huesca - 06 September to 11 September

Psynonima in Badajoz - 28 September to 30 September